Business travel is back but with cut-back schedules and skeleton staff, it is more hellish than I remember. Tumultuous scenes in departure lounges are not just for holidaymakers — one luxury goods CEO recently joined me in Rome from a meeting in Ripon. He kept me appraised of his journey, sharing pictures of what looked like a mosh-pit imagined by Hieronymus Bosch but on closer inspection turned out to be Manchester airport.

When the CEO’s flight was diverted, his sense of humour ran out; but by then so had his phone’s battery, so he was not able to warn his driver of the change of airport. By the time he got to the hotel, what had once been a smart suit looked more like it had been worn orienteering in the Brecon Beacons. By comparison, my Friday evening encounter with a bank of failed e-passport gates and hour-long wait for the single official to squint at my passport felt like stepping on to a red carpet.

As Huntsman creative director Campbell Carey recalls: “There was a time when you would dress smartly to board a flight in the hope of an upgrade. It seems to be the opposite now; people want to be as relaxed and comfortable as possible getting on to a plane.”.

The last time I received an upgrade that I believe to be wardrobe-related was 1995. I was on an Aerolíneas Argentinas flight that wasn’t supposed to exist, leaving from an unannounced gate in Miami airport, destination Havana. My colleague and I were both wearing double-breasted blue blazers and (if memory serves) cravats: we looked distinctly out of place. I imagine it was out of pity and curiosity that we were invited to the empty first-class cabin.

These days, unless, like the Sussexes, you have access to a private jet and make the necessary morality call on the environmental impact, then the travel jacket is your first defence against the slings and arrows of the current outrageous state of air travel. To succeed, it must address the three Cs: comfort, creasing and capacity, all of which interact and overlap. And when it comes to creasing and comfort, two of the best and most elegant travel jackets are made of jersey.

I still marvel at my good fortune in discovering the Bel Teba about 30 years ago, relatively early in my professional travel career. Based on a style of jacket worn by Spain’s King Alfonso XIII, and subsequently modified by Spanish tailor Bel for the Count of Teba: smart Iberians have been wearing them for years in green and blue jersey. Unlined and unpadded with shirt style sleeves and cuffs, a four-button front and a spread collar that can button to the throat, it combines cardigan comfort with blazer DNA.

Since Bel opened its Geneva branch, the Teba has gone viral. “People usually come across them when they go shooting and then they start wearing them all the time,” says owner Daniel Ballbe who has expanded the Teba into suede as well as summer fabrics, and has just launched a version slightly closer to the conventional blazer called the Stanley Teba with a three-button front and side vents.

If the Teba is my oldest travel jacket, then my most recent discovery is the five-button version with a half-belt. Lorenzo Cifonelli came up with the style when a Japanese client who was a frequent traveller asked him to make him a jacket that would look smart on the plane and would allow him to dispense with his overcoat. He uses a jersey made expressly for him by a Japanese mill.

“It keeps shoulder and sleeve line: I wear it when I travel to New York to see clients, I get off the plane and it shows not one wrinkle,” he says, with the zeal of an evangelist preacher — and his proselytising seems to work: two years ago, he was making 20 a year in blue. Now he makes 80 and the original blue has been joined by black and grey. And if your travel schedule does not permit you the luxury of attending multiple fitting, as a ready-to-wear travel jacket he also offers a denim safari with a drawstring to suppress the waist.

The sort of travel for which the safari jacket was first intended was found in the pages of a novel by Rider Haggard or in a film such as 1953’s Mogambo. Today, it is more at home with a piece of wheeled cabin luggage (with satellite laptop bag slipped over the telescopic handle).

I love a safari jacket; always have done — it brings out my inner Roger Moore, belt knotted at the waist, epaulettes giving that military flavour, cuffs turned back, chiffon bandanna fluttering like pennant flag in the wind, a fistful of cigars in one of the breast pockets . . . and I am ready for boarding.

However, such flamboyance is eschewed by nomadic business users; they tend to be more focused on the practicality of the pockets and their capacity. All the outfitters I asked to account for its popularity gave a James Carville-style response: “It’s about the pockets, stupid”. After a systemic loosening-up of business attire, accelerated by work-from-home culture, the safari has emerged as a winner. “We’ve entered an era that feels a lot more codeless,” says British GQ editor Adam Baidawi, “which means that we have more options.”

And when it comes to travel options, Richard James co-founder Sean Dixon says the safari “has almost become the ultimate smart casual jacket. If you’re a man of a certain age, it’s a way of wearing a jacket that is moving away from office formal wear, that will look a bit more relevant, without looking like mutton dressed as lamb. We’ve always done something along those lines, but I’d say the uptake has seen a 400 or 500 per cent increase this year.”

To be clear, the business-class safari is less extravagant than I like — tending to be without belt and epaulettes, and once you see one, you start seeing them everywhere. There they are at Turnbull & Asser and there they are again at Budd. “They were treated with a little scepticism at the beginning, with people seeing them as a shirt as opposed to an alternative to a jacket,” says Budd’s Kieran Wright, who introduced them in 2018. But now customers have got the hang of them, he has difficulty keeping them in stock.

Jeremy Hackett believes they have the potential to be even smarter. “The business travel uniform is blazer, blue shirt and cotton drill trousers — but the trouble is that today’s jackets are too short and so tight that you can hardly put anything in the pockets: a linen safari shirt/jacket is incredibly light and very comfortable to travel in.”

Meanwhile, in September Michael Hill of Drake’s is launching what he calls a “travel chore”, offering chore jacket comfort with increased security for the pockets. And when it comes to pockets, his travel blazer shows that he has listened to the market’s requirements for pockets: he counts up a total of nine. “No carry-on luggage required,” he jokes.

However, this summer’s packed flights are no laughing matter; and with full cabins comes increased risk of being invited to stow your hand luggage in the hold, with the fear of never seeing it again. With that in mind, all those pockets might come in handy. 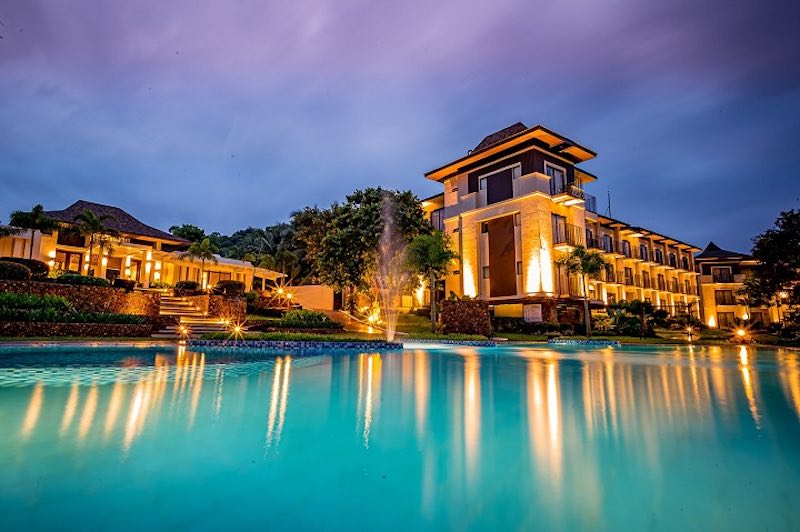